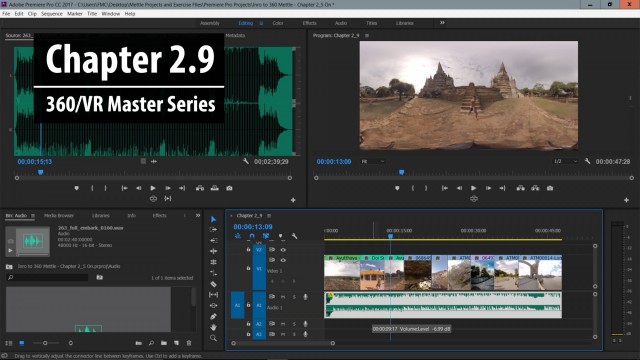 Chapter 2.9: In this tutorial, we learn how to add an audio track to our 360 video travel montage and make a couple animated fade adjustments.